Today is our last day in Arizona… tomorrow morning, we will be leaving to go to our next workamping site at Tall Pines Campground in New York. Some takeaways from our winter here…

The weather is generally very good, but the lack of humidity dries out our skin and the lack of rain makes everything gritty and dusty. I wondered when we got here why there were so many car washes but now I understand why… it only takes a few days to get a whole layer of desert grit on your vehicle.

People here are either young or old, there seems to be very few middle age (my age) people. I notice this when driving – they either speed (young) or they are 10 miles an hour below the speed limit (old.) The roads are generally very nice and the major roads are all 1 mile apart and go North/South and East/West so it is easy to find most locations. They have wonderful bike lanes everywhere. Of course, not everyone uses them… I saw a guy on a bike go catty-corner across an intersection and almost cause 3 cars to wreck to avoid him. And I saw a regular hard core biker use a travel lane even though the bike lane was there and he didn’t seem to care that he was holding up traffic. He got a nice New York salute from me as I passed him. Of course there are lots of out-of-towners here who are wintering in the desert and there are a lot of Canadians. The Canadian flag is almost as prevalent here as the Stars and Stripes… which is odd to me.

Emma would appreciate this car… I thought of her and Dean from “Supernatural” when I saw it (even though it isn’t the same model…) Still a classic! 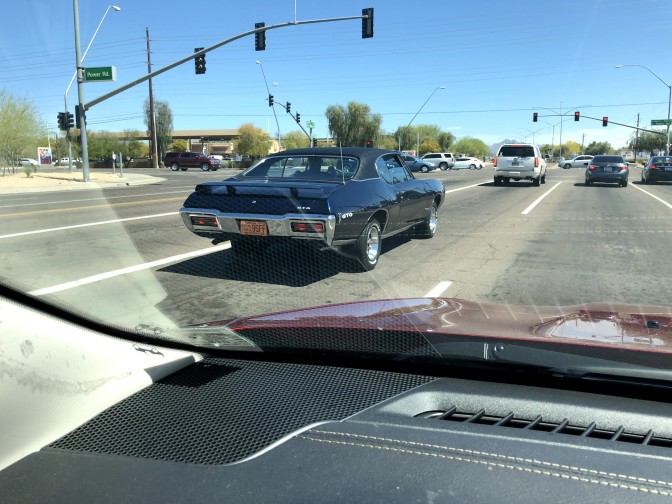 The area around Phoenix is one really big urban/suburban sprawl… it took us 2 and 1/2 hours last week to get to Glendale (on the west side of the valley from where we are) via car and public transit. We went to University of Phoenix Stadium to an RV show… it made for a long day and quite an adventure. 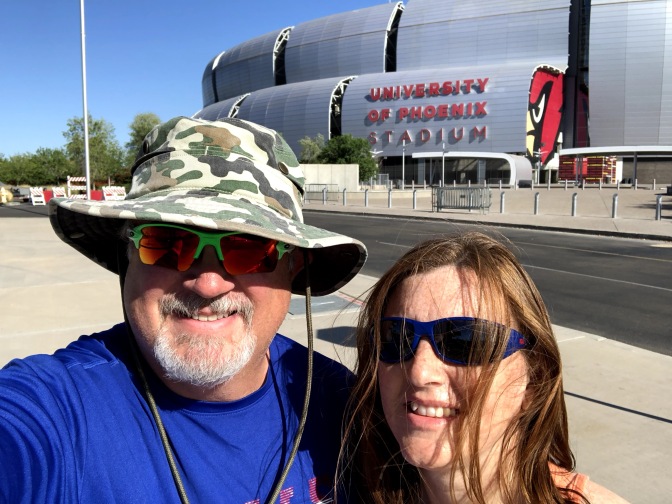 We saw the Pat Tillman Memorial as well and it was quite moving and very well done. 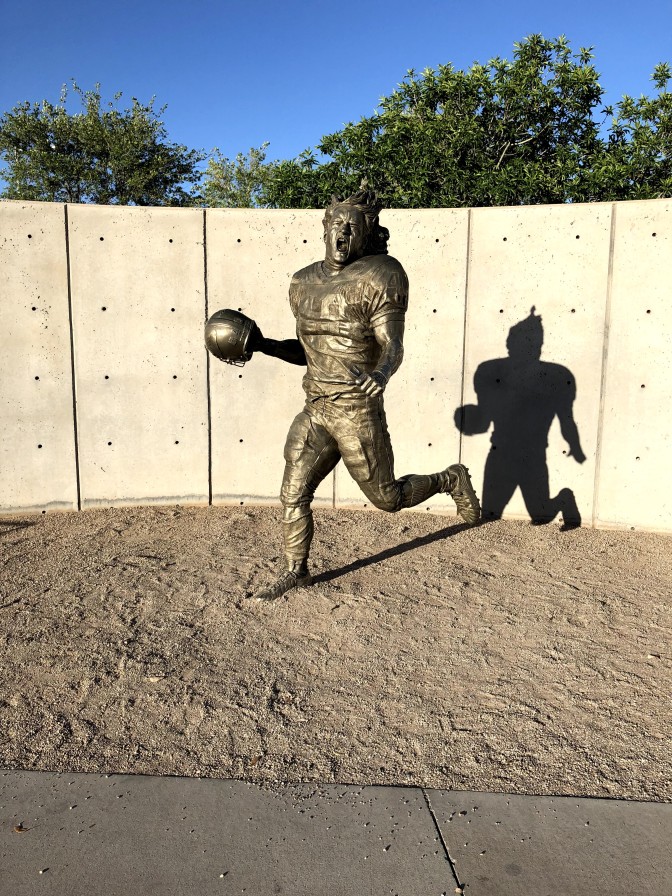 Our last day of work was on Wednesday at the Cactus Grill. It was slow as many people have already left to go back north. But we still enjoyed the work. 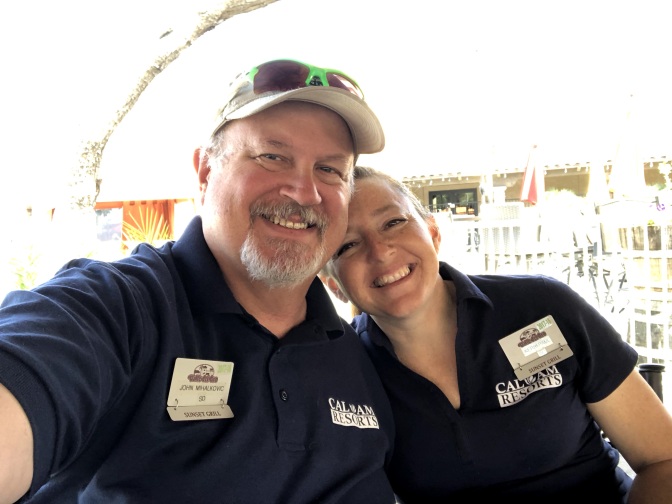 We have made many new friends and met a lot of great people during our stay here. Valle Del Oro itself is very nice and has so much to offer. The area has EVERYTHING you could possibly want and then some. We have been asked to return next year so I guess they liked our work (I really think they want Kerri to come back for her beaming smile and her youth – I just happen to come along in the package.) That is a decision that is out there for us to ponder as we get into our next workamping job. Yes, they are part of a larger corporation and they have the typical growing pains of any company that acquires another (saw that a lot in my last job at Sentara.) But I truly believe that everyone has their hearts in the right place and wants what is best for the customer. Glenda and Darwin (the Resort Managers) have been very gracious and are great to work with and to work for.

Here is my shout out to the UMBC Retrievers – my alma mater and the first 16 seed to beat a 1 seed in the NCAA Men’s Basketball tournament. The fact that they beat down UVa and almost beat K-State only makes it that much better! Now I can say UMBC and people may actually know who they are. 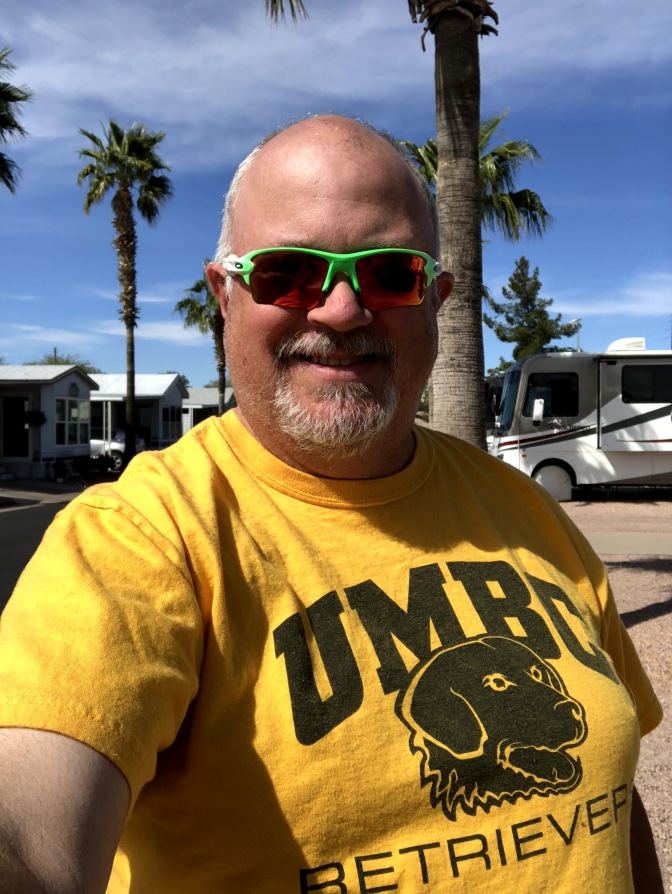 The last few days have been spent planning and packing up. We use checklists for everything as there is so much to do and it is easy to forget a step or two which causes lots of bad words and some mistakes can be dangerous if not taken care of.

Our itinerary will take us for overnight stops in Albuquerque, NM and then on to Elk City, OK followed by Joplin, MO and then to Vandalia, IL and to the FMCA Campground in Cincinnati, OH for a few days of hanging out and refreshing with Jennifer and Trevor. By then the NFL schedule will be out and we can begin planning for the grudge match in Green Bay (Bills/Packers) for bragging rights. We have been invited to the Bills’ Draft Party in Orchard Park on April 27th… and we still need to stop by Jackie’s to swap out our clothing and accessories on our way to Tall Pines. There is a lot to get accomplished and a lot of miles to cover in between.

I also imagine that means we won’t be playing a lot of Fortnite while on the road. But at least we now have a few wins under our belt. 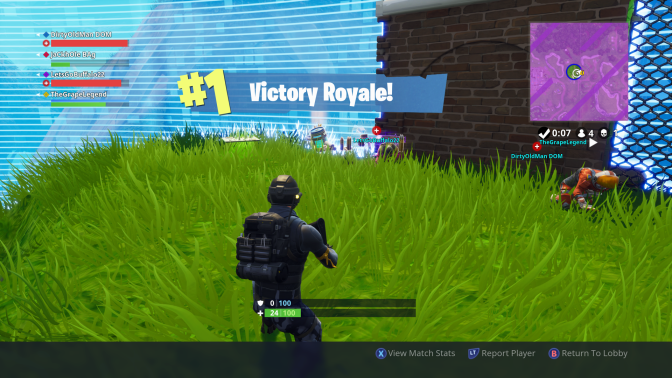 All in all, it has been great but it is definitely time to move on. I suppose this is one thing I have in common with the fictional character Jack Reacher – I don’t like to stay in one place for too long.  The itch just comes and I want to go see something else. I like the road… and the random and not-so-random sights that come along with being on the road.

So tomorrow, like a band of gypsies we go down the highway… puppies and all!

View all posts by traversity